An Often Overlooked “Secret” to Success

An Often Overlooked “Secret” to Success

It can be easy for us to credit success to talent or luck.

I love hearing the stories about people who put hours of toil and sweat into their business or career for weeks, months, or even years, and then suddenly they become an “instant success”.

It’s amazing how easy it is to overlook the work, sweat, and tears that go into success.

Those who are successful, and who stay that way, are those who put in lots of work and practice, not just once, but continually.

Those who don’t pour into their efforts regularly and who rely on talent alone may do well at times, but they usually slide down pretty fast.

The Secret in Sports

In James Clear’s article “The most successful people practice better, not more”, he talks about a man named Robert who worked with Kobe Bryant for the 2012 Olympics.

Kobe Bryant believed in hard work and practice – he called Robert about 4:15 in the morning to work on conditioning. And Kobe practiced that entire time till 11 am when Team USA’s practice started.

Michael Jordan, after being cut from the high school team, would leave his house at 6am to go practice before school. In college, he would spend hours of extra time working on his weak areas and working on his shots. He continued to work hard to improve his game throughout his career.

You may have heard of some of the top football players who spent hours watching and critiquing games. They call it “watching film”. When they aren’t conditioning, lifting weights, studying the plays, on the field practicing, or meeting with the team, they are in a room watching re-runs of how they played and how their opponents played. But, you do not see all this background dedication. Rather, football is only a game typically played one time per week. So, in many of the minds of football fans, they may never consider the other six days of preparation. Some other sport fans have even criticized football because they only one play day a week, whereas basketball and baseball, for instance, may be played every day. They are simply not considering what it takes to be successful in the particular sport of football.

The Secret in Music

You can see it in the music realm as well: James Clear, from the article above, discusses how John Hayes did a study of composers – and out of the 500 pieces most frequently played – 497 out of the 500 were developed after year 10 of the composer’s career.

The Secret in business

Many successful businesses you see now took months or years before earning a profit. ConvertKit, an email marketing provider, for example,  spent 2 years before they started having any noticeable change in income. Several online entrepreneurs state that it took 1, 2, or even 3 years to make any profit on their efforts. Imagine knowing you would have to go to work, day in and day out, for three years before you received a paycheck.

The Importance of the secret

This is important for us to see because it’s easy to attribute talent or luck to someone’s success – and to use that as an excuse for why we aren’t where we want to be or as an excuse to not even try. Michael Jordan says it very pointedly in this video:

The Secret of Kung Fu Masters 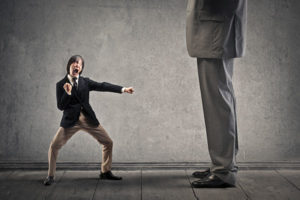 I remember as a kid, my friends and I loved watching kung fu movies. We thought they were awesome – and wanted to be able to do all the fancy moves. The one problem we had, however, is that most of us didn’t want to put in the effort to become that good. We enjoyed watching the movies, messing with the cheap $5 replica swords at the flea market, but we weren’t willing to actually put in the effort, the sweat, and the tears to do the work that it took to get to that level of skill to become that good.

Is it all an excuse?

If this goal, this work, this dream of yours is something worth pursuing, it’s worth putting the sweat into it. Make a plan for it. Write it out. Find the help you need. Have accountability. Don’t use other people’s “talent and luck” as an excuse not to work for your dreams.

The secret of continued success

If, on the other hand, you find that you have reached a point of “success” in your life, don’t stop working and practicing either.

Dr. Carol S. Dweck in her book Mindset, the New Psychology of Success talks about how only once did Michael Jordan coast – the year after he quit baseball. And on that year, his team was eliminated from the playoffs. Jordan said “You can’t leave and think you can come back and dominate this game. I will be physically and mentally prepared from now on.”

John Wooden, the famous UCLA basketball coach, said “I believe ability can get you to the top, but it takes character to keep you there… It’s so easy to.. begin thinking you can just ‘turn it on’ automatically, without proper preparation, It takes character to keep working as hard or even harder once you’re there. When you read about an athlete or team that wins over and over and over, remind yourself, ‘More than ability, they have character.’”

Do you have that character? Do you want your goal to succeed enough to work towards it? Now is the time to action.