Your Guide to Stretch Goals: How to Set Them for Exponential Growth

They challenge you. They grow you. They can push you past what you believe possible.

Stretch goals led us to the moon. They led Japan into building the first bullet train. They have helped business accomplish what others thought impossible.

What are stretch goals and how do you use them? Read on to find out.

What are stretch goals?

Stretch goals are goals that challenge you. In fact, the point of a stretch goal is to push you past what you think is possible into the impossible.

As Charles Duhigg mentions in his book Smarter Faster Better, SMART goals by themselves often don’t push us to greatness.

One of the letters of SMART goals is the “A” which stands for “Attainable”. The danger with this letter is that many set goals that are too easy. They know how they will accomplish it and know that they can. They don’t challenge themselves.

Stretch goals are goals that challenge you. They are the “impossible” goals that you don’t know how you are going to do it – yet.

They are the goals that you disregard every year because “that’s impossible” or “I could never do that”.

What I mean by impossible

When I say impossible, I mean something that challenges you, something that you want to accomplish but have no idea how. Great things happen because people chase the “impossible.”

And when I say impossible, I also don’t mean completely unrealistic. When Kennedy set the goal for landing on the moon, he said in the next decade, not next week.

If you haven’t been running in years and want to run a marathon, setting a goal for 2 weeks training is completely unrealistic. You would set it for a few months likely.

There is a difference between being completely unrealistic and shooting for the “impossible” and something that challenges you.

You can’t keep doing the same things and expect to accomplish the “impossible”. Stretch goals require you to learn, grow, change, and challenge yourself.

If you are wanting to run a marathon, you will have to do things differently. You’ll have to rearrange your schedule, change your diet, and so on.

If you are a business setting stretch goals, you will likely have to change processes, systems, ways of doing things, and so on. You may have to change the way you train and the people you hire.

Easy to obtain goals don’t do that. Stretch goals do. And they are worth it.

One example Duhigg gives of a stretch goal in Smarter Faster Better is the Japanese bullet train.

In the 1950s, thousands of people and large amounts of material were transported daily between Osaka and Tokyo. It sometimes took up to 20 hours for that trip.

In 1955 the head of the Japanese railway system issued a challenge: develop a faster train.

The engineers said impossible, but he held. The engineers begin making change after change. One extra mph here, another there.

They dug tunnels through the mountains so the trains wouldn’t have turn, and so on.

In 1964, the first bullet train left Tokyo and arrived in Osaka in 3 hours 58 minutes with an average speed of 120mph.

Did they know how they were going to do it? No.

Did it seem impossible? Yes.

Did it require changes? Oh yes, a lot of them. It required a lot of innovation.

What was the result? A tool that helped revitalize their economy.

Another example Duhigg gave was at General Electric.

The division manufacturing airplane engines set a goal to reduce defects in finished engines by 25% (which was mostly cosmetic). They thought it would be easy to reach by hiring a few quality assurance employees.

They said impossible. He said 3 years.

And do it they did. They ended up changing how they hired, how they trained, and how they ran the factory.

Did they know how they were going to do it? No.

Did it seem impossible? Yes.

Did it require changes? Yes. They changed how and who they hired, how they trained, how they ran the factory, and so on.

What was the result? They reduced errors by 75%, reduced the cost of manufacturing, and went months without missing a single delivery.

Put a man on the moon

On May 25, 1961, President Kennedy announced his goal to put a man on the moon and bring him back safely by the end of the decade.

NASA focused on that goal. They did tests. They hit the moon. And so on.

Did they know how they were going to do it? Not initially.

Did it seem impossible? For some, it’s likely. They had never done anything like that before. But it was inspiring, a challenging goal to pursue.

Did it require changes? Yes.

What was the result? We landed a man on the moon.

Figure out your stretch goal(s)

Sometimes it’s hard to think the impossible. It can be easy to set limits on our selves and think or say “that could never happen” or “I could never do that” or “only in my dreams”.

Stop thinking that way and limiting yourself.

Think about and write down the “impossible” that you want.

Think about your work, family, career, business, friendships, – if they could be anywhere and in any position, what would it look like?

Other questions to think about:

A note about impossibility. Those who set the goals believed it possible, even if others didn’t. If you have a low level of belief, it’s okay to start smaller. Give yourself some victories. Then increase the “impossibility” of your goals.

If in your heart you don’t really think it is possible, you likely won’t do much toward that goal.

If you have multiple ideas written out, pick one. Ask yourself, “if everything remained the same, what one idea/goal/desire would have the greatest impact on my life if completed?” Or you may know which one you want the most.

Visualize it. See yourself at that moment of success. Feel the emotions and how it will feel when you succeed and are accomplishing that goal. Then write it out.

To put a man on the moon and back safely by the end of the decade.  That’s specific, measueable, and has a deadline.

To reduce airplane engine defects by 70% in 3 years.

To run my first marathon in 6 months.

Stretch goals are big goals. You won’t know everything you need to do to make it happen. That’s okay.

To help yourself along the way, you can set sub-goals.

For example, for marathon running, sub-goals may include:

Planning is also important. Whether with the main goal or sub-goals, you likely will want to write out every step you will need to take to accomplish that goal.

If you don’t know every step, that’s okay, as long as you know the first. And the first can be researching and learning so that you know what other steps you will need to take!

Speaking of sub-goals, Duhigg said SMART Goals are a great pair to stretch goals. You set the impossible stretch goal, then set SMART goals to help you get there.

Now that you have your stretch goal written, take action. Take the first step.

The longer you wait to take action, the less likely you will take action.

Do something toward it today.

What happens if you fail (and words of caution)

One of the aspects about stretch goals is there is a chance for failure. It could be because:

As you go along, you will learn more about your goal. You may find that your original expectation was unrealistic. That’s okay, just adjust as needed.

For example, you planned to run a marathon in one month. Then after research, you realized that was unrealistic. So you change your timeline to something more realistic.

Or maybe you wanted to grow your website, but you set a goal optimistically high. No problem, just change your deadline or target number, change your methods if you need to, and keep working at it.

I’m not saying adjust it to an “easy” number, but if you want 1,000,000 visitors your first month, the chances of that are very slim.

Watch the base rates

Do pay attention to base rates.

According to Bloomberg, 8 out of 10 business fail within the first 18 months.

As a business owner, I know the optimism when hearing those statistics – “Those don’t apply to me – I’ll do better.” Be careful with that.

Know that failure is a possibility. Know the base rate, and learn from it. Take time to learn why businesses fail or why the base rate is what it is in the scope of your goal, and work to overcome it.

As for your website, look at how fast the average website grows. Look at what the faster ones do differently. Learn from them and apply it.

Learn the average time it takes to train for a marathon. Learn why some people do faster and some slower. And apply it.

You failed, so what?

And let’s say you fail. It can be easy to be discouraged. But don’t take the failure as a failure. Take it as a learning experience.

If you put the time and effort into your goal, you learned a lot. You became a better person. You gained knowledge and insight.

Maybe you can keep going with the goal. Maybe you can’t. Either way, don’t take it as a failure, use what you’ve learned for the future.

If you do that, you never fail.

What are Your Stretch Goals?

Remember, it’s okay if you have no idea how you are going to do it or get there. In fact, that’s what makes it a stretch goal.

It’s going to change you and grow you. And it’s worth it. You can and will go places you may never have thought were possible before.

Go through the questions in this article and write out those “impossible” goals you want to pursue. Then decide on one and go for it!

Then, let everyone know in the comments below: what “impossible” stretch goal you are going to pursue? 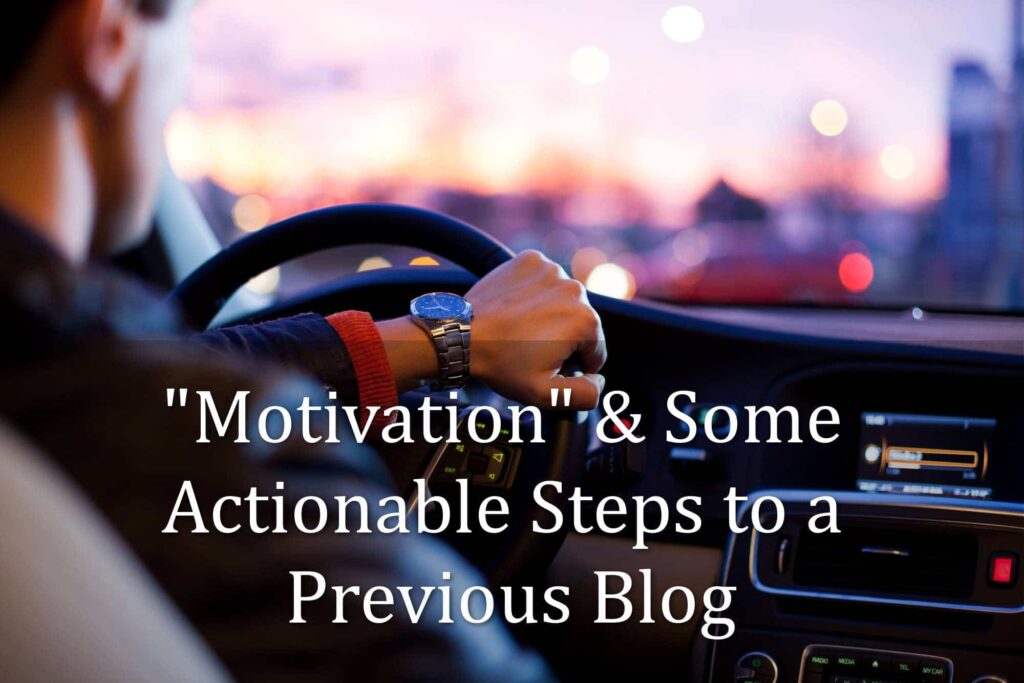 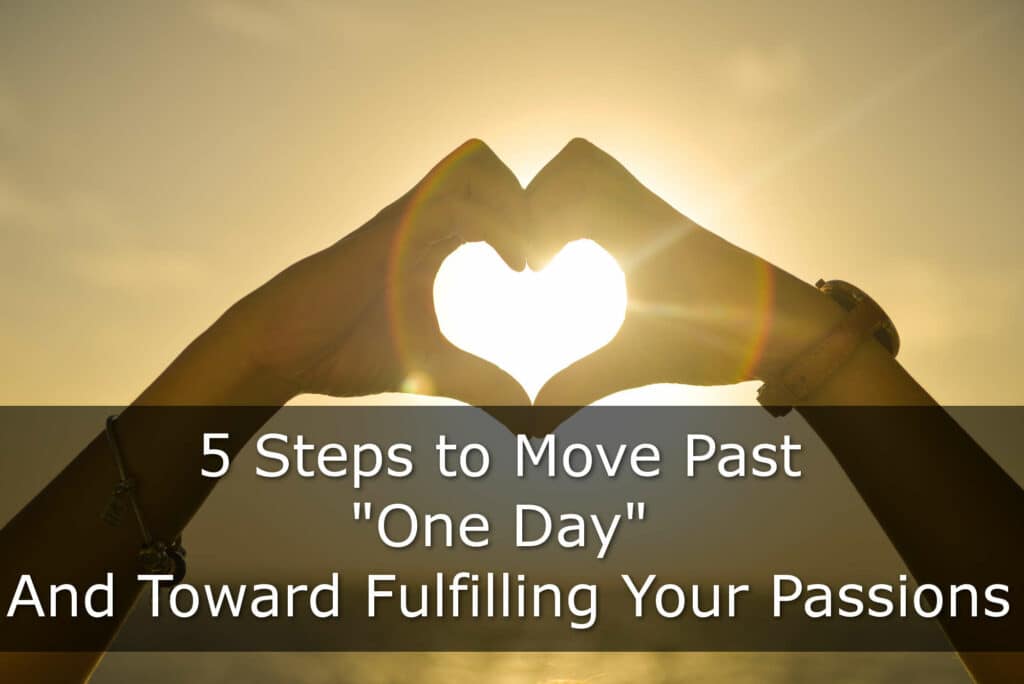 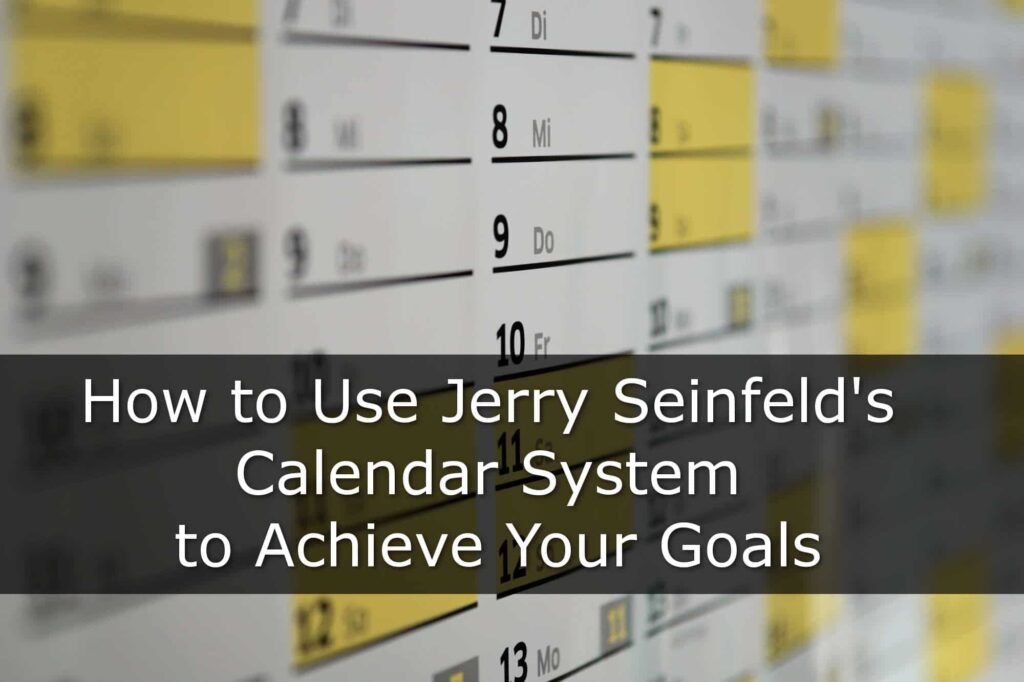