Too often, leaders and potential leaders miss these truths, and because of that, they fail as leaders. There are many truths about leadership, if you ignore them, you are in trouble.

What are these truths about leadership? 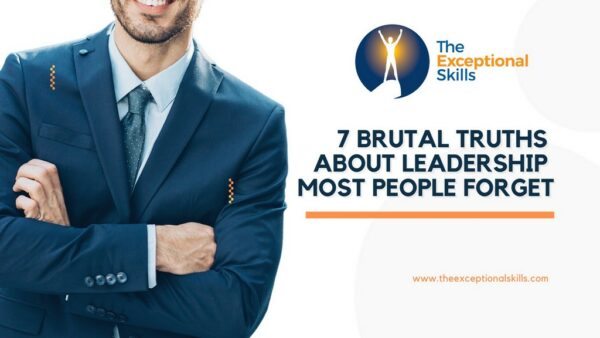 1. Being a leader doesn’t mean you know anything about leadership.

I’ve seen this truth about leadership played out many times in my life, and I bet you have, too.

How does this happen?

This sometimes happens because someone gets promoted. They did well in their previous position as a programmer or salesperson or marketer (for example), and because of that, they are now the leader or manager of the group.

They may have been good at their past position, but being good at sales or programming or whatever it is doesn’t mean you are good at leading. They are two different things.

It also happens when someone starts a business or organization as well. They may be good at certain skills or have a passion for helping people, but when it comes to leading, they are lacking.

No one thinks they are a bad leader

As we mentioned earlier, what makes the situation even more dangerous is that all too often these people think they are good leaders just because they are in a leadership position. No one thinks they are a bad leader.

They think because they are in the position, they know what leadership is. They may even get a little, arrogant I’m-a-leader attitude and don’t listen as well to those below them because, after all, they are the leader. They obviously know better.

That can be scary.

What matters most is recognizing that position doesn’t equal leadership knowledge and doesn’t mean you know how to lead.

If you recognize you need to grow, then you can take steps to grow. It’s okay to start at the bottom – that’s where everyone else starts at.

The important action is that you recognize that you need to grow and then do it.

Be willing to listen to those below you. Just because they aren’t in a leadership position doesn’t mean they don’t know about leadership or can’t help you in any way.

Look for guidance from others, read books, find a mentor – be humble and learn. Admit when you make mistakes.

You will never arrive

And be careful from thinking you arrived as well. Leadership is a process and you can always keep growing.

2. Being in a leadership position doesn’t mean people will follow you

When someone gains a leadership position, they sometimes believe people will follow them and do what they want just because of their position.

It reminds me of when I was a kid with my cousins. One of us kids would be “put in charge” while the adult stepped away, and we took it as us being “the boss” and everyone had to do what we said.

However, as I quickly learned, just being “the boss” doesn’t mean people will do what you say.

It’s the same as adults. You may have a certain level of authority in your position. You may get people to do some tasks or actions just because of your position.

But, if all you do is lead by position, then your effectiveness as a leader will be minimal. 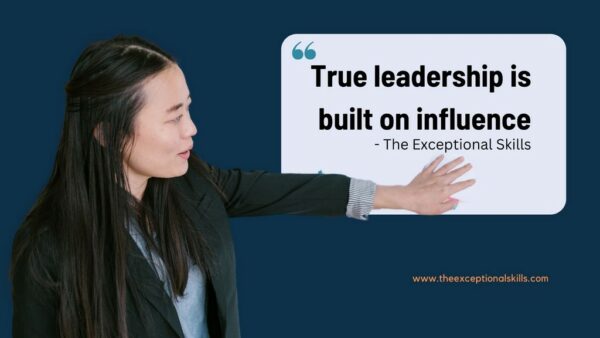 True leadership is built on influence

It’s by building that trust and relational capital with your team. When you build those relationships, people will follow you not because they have to, but because they want to.

In fact, John Maxwell, in his book The 21 Irrefutable Laws of Leadership said, “Leadership is influence – nothing more, nothing less.”

In his books, Maxwell also discusses the 5 levels of leadership.

Level 1 is position. Everyone starts there. People will follow you to a degree because of your position.

Level 2 is permission. It’s based on relationships. As trust and relationships are built, people willingly choose to follow you as a leader.

Level 5 is the pinnacle. It is when you have invested in others for a long period of time. You might consider this “legendary” leadership status. Not everyone gets here.

You may never reach level 5, and that is okay. What is most important is that you don’t stay on the bottom level(s). Build those relationships and influence – and then show results.

Invest in others, and you will find your effectiveness as a leader growing and find that people are following you not because they have to, but because they want to.

Also Read: 75 Common Leadership Mistakes (That You Could Be Making Right Now)

3. Being in a leadership position doesn’t mean you are better than those “below” you

In fact (referencing the first point), being in a leadership position doesn’t even mean you know more about leadership than those below you.

You can see this “better than you” attitude in multiple ways:

The leader has an “I’m a leader now” attitude

The leader doesn’t listen because they think they know better

Because they are in the position, they think they know better. They think they have greater knowledge and don’t really need to listen to others.

They create plans and make decisions without consulting others. Even though the problem or situation may be down the line, they are likely to make the call because they think they already know what is best.

Often, when a leader has that attitude where they think they know what is best, they expect others to do things just the way they want them.

If someone points out a flaw or issue, they are likely to ignore it or double down on what they established.

The leader treats others as second-class

You can see it in how they treat their team or those under them. They see them as a lower class than them.

They likely don’t listen, associate, or even build relationships with them. They see others as “them”, and the others should just do what is expected of them.

The leader takes the glory and passes the blame

Because of ego or insecurity, these types of leaders often are ones to glory-hog and blame-pass. When something goes right, it was because of them.

If something went wrong, it was their team.

In fact, some may sabotage just so others won’t look as good as they do.

Their concern is looking good, and when someone else does good, they feel threatened.

4. Being a leader doesn’t mean you can do whatever you want (it isn’t about you)

This can be seen in a couple of ways:

First, sometimes people see leadership or management positions as positions where they can do whatever they want. Once they get there, they can make all the decisions, delegate work, and just do what they want.

That, of course, is false.

While, in some cases, a leadership position can have certain levels of freedom, leadership is never about you.

It’s about the mission and goals and you serving and helping your team to reach those goals. It’s achieving results through your team.

Any other mentality will cause failure to you as a leader.

If you think the team is there to serve you and your desires, you have it all wrong.

Secondly (and similarly), some people use leadership positions to chase after their own agendas. They are about themselves, their career, their own goals, their ego, their insecurity, whatever.

Everything they do is toward achieving their personal agenda, not about helping the team or the organization. These sad truths about leadership are still very common these days.

Leadership is not about a title or a designation. It’s about impact, influence, and inspiration. ~ Robin S. Sharma Click To Tweet

5. It’s about what you do as a leader, not what you say 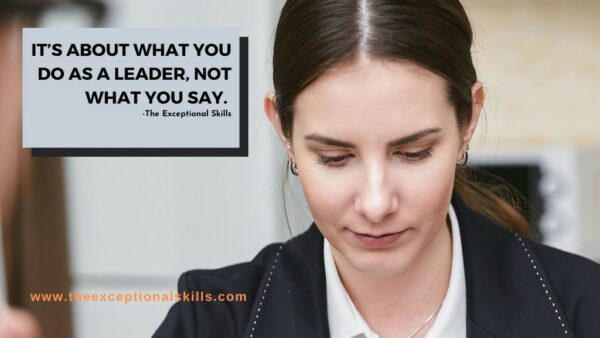 You may have heard it from your parents:

If you are like most kids, you didn’t listen. You followed their actions, not their words.

It’s the same with leaders. Sometimes leaders say things and expect things from their team, but they don’t live it themselves.

Do you think the team is going to listen?

It happens a lot with new initiates, goals, company values, vision, and mission. The leaders say “These are our values!” “This is our vision!” “This is the new initiative we are doing!”

They say it, but then they don’t live it. They spout values such as integrity but don’t live them. They say everyone should be committed to the new mission, but they haven’t committed themselves.

They just expect everyone else to do it.

How do you think that works out?

If you are a leader (or anyone, really), you have to live the talk. It’s your actions that speak. If you say something is important, you have to show it with your actions, not just your words.

Words are important, but without actions, they mean nothing. 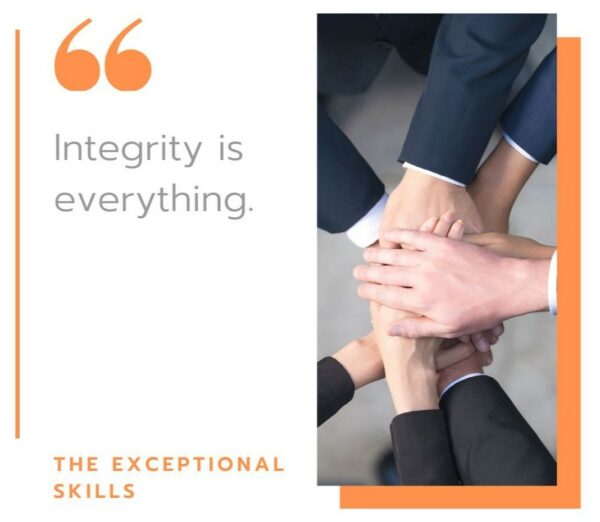 Everything rests on trust. Simon Sinek in The Infinite Game and Leaders Eat Last talks about how vital trust is in an organization.

If the people in an organization feel safe in their organization and trust, then they can face outward and deal with whatever external problems and so on that may come.

If, however, there is a lack of trust in the organization and people don’t feel safe, they have to face inward to protect themselves. External threats are ignored, to the detriment of all.

If people don’t trust you, they won’t follow you. These truths about leadership may sound unpleasant but this is reality.

If people don’t trust you, they aren’t going to be motivated to push through tough times.

If people don’t trust you, they aren’t going to be willing to take risks and make mistakes for the betterment of the company.

If people don’t trust you, you fail as a leader.

7. You are responsible for everything that happens under you

If your team fails, you have to ask yourself, what could I have done differently to help my team succeed?

Why did they fail? Were expectations not clear? Did they not have the time or resources they needed? Was communication lacking? Was there a lack of training? Did you put the wrong person on that task? Are there issues with your hiring policies?

It all goes back to you.

Even for things that are truly outside your scope, such as the state of the economy, you are still responsible for your reactions and what you do in response to it. It might be tough but these are truths about leadership.

When your bosses confront you about an issue, and you blame your team, it makes you look weak, not strong.

Be a strong leader.

Also Read: 25 Major Signs of Leadership Failure (That Can Destroy Your Organization)

Pay attention to these truths about leadership

These truths about leadership are in many ways brutal, but they are so important when it comes to leadership.  As a recap:

Learn from these truths about leadership and apply them to your life, and you will be even closer to becoming a great leader.

Now to you: What truth do you think is most important and why? Are there any truths about leadership that you think we missed? Let us know in the comments below.

Also Read: 141 Signs You Are a Bad Leader (Or Just Have Some Growing to Do)