If you are like me, you have encountered multiple examples of weak leadership throughout your career.

Many of us have been frustrated with having to deal with weak leadership while trying to do our jobs. You may have even quit your job due to bad leadership. 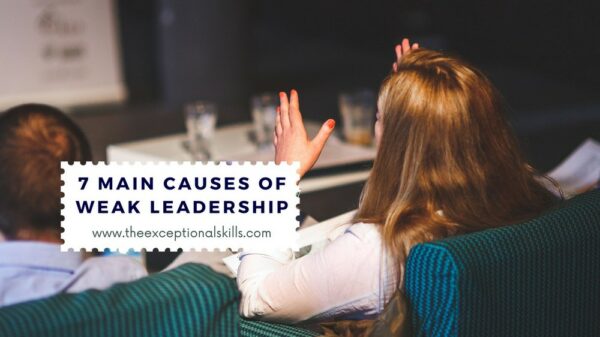 In this article, we will discuss 7 major causes of weak leadership.

Ignorance is a major cause of weak leadership.

Many leaders are ignorant of good leadership principles. This can be caused by a variety of reasons.

Not all these situations are necessarily bad IF the individual realizes they need to learn and grow to be a better leader.

However, too often,  these new leaders are unaware of their ignorance and are sometimes caught by the curse of position or the curse of little knowledge. 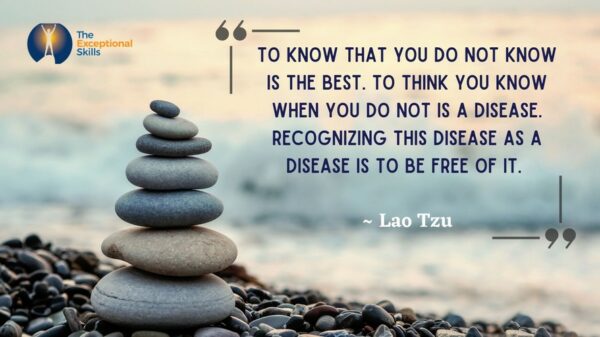 Many weak leaders who displayed weak leadership don’t know that they don’t really know what good leadership is. Because they are unaware, they think they are doing a fine job and don’t look toward growing themselves.

However, there are a couple of “curses” that hurt this ignorance as well.

The curse of position

Sometimes when an individual is placed in a leadership position, they suddenly think differently of themselves because they are in that position.

Some people have this “I’m a leader now” attitude, and it is reflected in how they act toward others. It’s not always an arrogant action, but you can tell they feel they are special or important now because they are in that position.

That can be especially dangerous because they may be less likely to look to learn or listen to others because they think they have it figured out.

The curse of a little knowledge

Another curse is when someone takes a little training or they read a book, and they suddenly think they know everything there is about leadership (or whatever topic).

I’ve seen this with goal setting and SMART goals. People will take training or read a book or two, and suddenly they feel they are experts on it and telling others how to do it right (even when they might be wrong).

It’s a normal event. When people are in a new situation and/or starting to learn something new, it is a lot of new knowledge. They may feel like they’ve learned a lot and could teach it (which in itself isn’t bad).

However, when they are in that situation, they often fail to realize that, even though they have learned some, there’s a level of depth and experience that they don’t have yet. And inexperienced leaders usually cause weak leadership.

There’s a lot to leadership. There’s a lot of depth. It’s great if you take a class or read a few books. It just doesn’t make you an expert.

Just know in your excitement while you do know some information, you still have a lot to learn and grow. It’s okay to teach what you have learned, but realize you still have a way to go. Be humble.

And, if it’s someone else you know who is unaware of their ignorance, you could subtly share this article or suggest a great book that you’ve recently read on leadership and let them borrow it. You can’t force them, but you can try to give them a small push.

Ego can be a major cause of bad leadership /weak leadership. Ego – arrogance, pride, whatever you want to call it – is a destroyer.

And, unfortunately, being put into the position of “leader” can help spur the ego if it’s not already present and alive.

The problems with ego

The ego has multiple problems that it causes:

What the data shows

Jim Collins, in his book Good to Great, discusses the study he conducted on what makes companies great. One of the major factors was level 5 leaders. And what was one of the two major qualities of a level 5 leader?

You may want to ask others if you come across as egotistical, and don’t get defensive if you do. Tell them “thank you” for letting you know.

If you struggle with ego, start working on it. Enlist other leaders or friends or family to help you.

Another main cause of weak leadership is the insecurity of the leader.

When leaders are insecure, they often do negative actions to compensate for that insecurity. 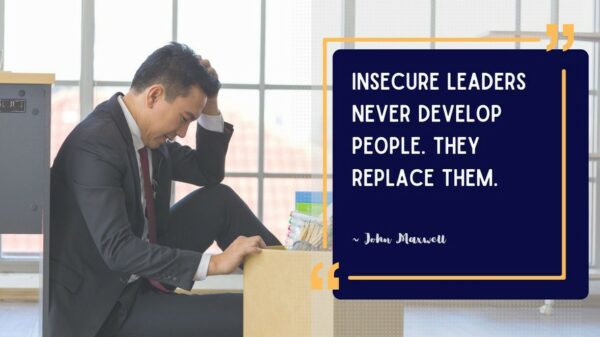 Insecure leaders are likely to:

Insecurity can also bring fear and a lack of courage.

If the leader fears standing up to people, dealing with conflict and confrontation, taking risks, making decisions, or acting with integrity when it’s hard (and the list can go on) – then that leader will stay a weak leader.

If you struggle with insecurity, it’s time you worked through it.

Whatever the reason is, you need to deal with it, otherwise, you will stay an ineffective leader with weak leadership.

A great resource is finding a counselor who can help you deal with the causes of that insecurity. There’s no shame in counseling

There are also good books on helping you deal with insecurity. You can also enlist others around you to help you through it and keep you accountable.

Another major cause of weak leadership is apathy (a lack of care). When a leader doesn’t care, for whatever reason, that leadership is doomed to fail.

There are multiple reasons someone could be apathetic toward leadership: 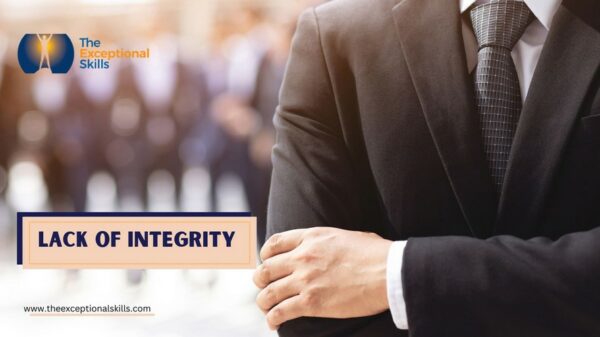 A lack of integrity will keep anyone from being a good or effective leader. It’s one of the biggest causes of failed leadership/weak leadership (you may have seen evidence of this on the news).

Integrity and character are linked. Integrity is living by sound moral and ethical principles, no matter the situation. It’s doing the right thing or telling the truth even if the situation is hard or could bring, at that time, negative consequences.

You may get away and advance for a while with a lack of integrity, but in the long run, without integrity, you will fall, and it will likely be a hard fall.

Lying, cutting corners, deceptive practices, hiding mistakes – the list can go on – all will come back to bite you in the end.

Your employees, your bosses, your customers, your vendors, and so on won’t trust you if you don’t live by integrity. If they don’t trust you, your effectiveness and impact as a leader will be highly diminished.

Weak leadership as a result of a lack of integrity can also lead to trouble with the law or other governmental agencies.

Integrity is incredibly important. If you want to be an effective leader, you must live with integrity.

Make integrity a priority in your life, work, and as you as a leader. ~ The Exceptional Skills Click To Tweet

In summary, negativity hurts your leadership capacity, hurts relationships with coworkers and customers, spreads negativity in the organization, lowers morale, and lowers productivity.

The first step to overcoming weak leadership is to evaluate yourself and ask others if you come across as negative. If you find you are living in negativity, you’ve taken the first step toward changing it.

Changing your thought process, how you talk to yourself, focusing on the good and what you are grateful for instead of the bad, writing a gratitude journal, and having others hold you accountable – all these are some of the ideas you can use to help you overcome your negativity

If you spot negativity in others, that’s a bit tougher. However, one of the first steps you can take is to talk to the person tactfully about it.

If they aren’t willing to listen, depending on that person’s position, you can try to lead from below, talk to someone else in leadership about your concern, set expectations and consequences, or find another place to work that isn’t so negative.

Daniel Goleman in his article on HBR called What makes a Leader? discusses how emotional intelligence is a key aspect of effective leadership.

When he compared it with IQ and technical skills, he said, “emotional intelligence proved to be twice as important as the other for jobs at all levels”, and “the higher the rank  of a person considered to be a star performer, the more emotional intelligence capabilities showed as the reason for his or her effectiveness.”

If you lack emotional intelligence, then you are not going to do well as a leader, and this will surely cause weak leadership.

All of these are important, though we all may be at different levels of each. If you aren’t self-aware of your emotions, then you will come across negatively toward others without realizing it.

When you can self-regulate, when you have negative emotions, you can put them into perspective, control them, and use them effectively instead of saying or doing something you will regret later.

If you recognize the cause of weak leadership, then you can work to fix it.

The great aspect of these weak leadership causes is that they are curable. If you recognize them in yourself, you can work to change them. If you recognize it in others, you try to help them, but ultimately, it’s up to them if they want to change.

Since we already discussed 7 major causes of weak leadership, I encourage you to examine yourself to see if you see any of these causes within you. If so, start taking action to fix it.

Also, check out these articles:

become the leader everyone wants to follow
Raise your leadership game to the next level and unlock the secret to becoming a leader worth following. 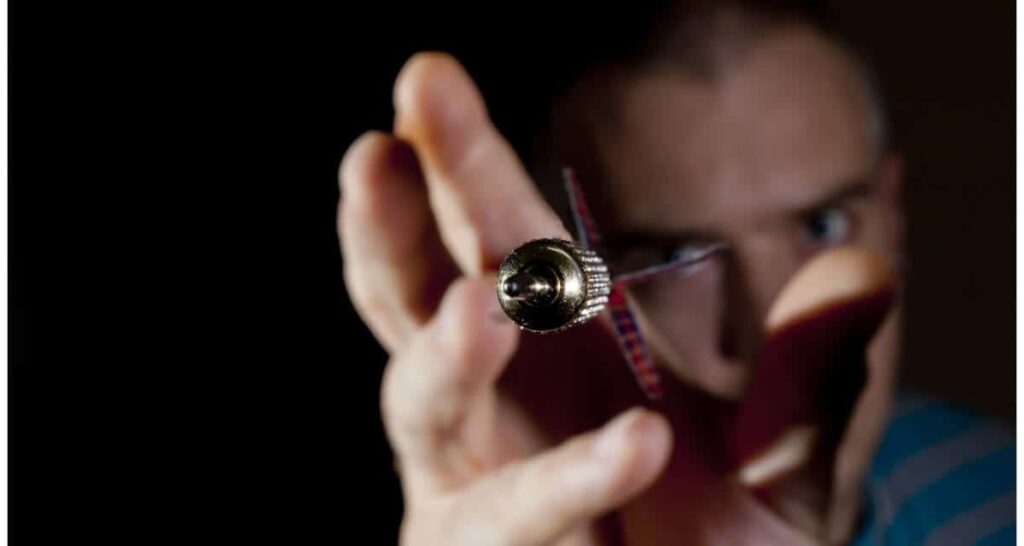 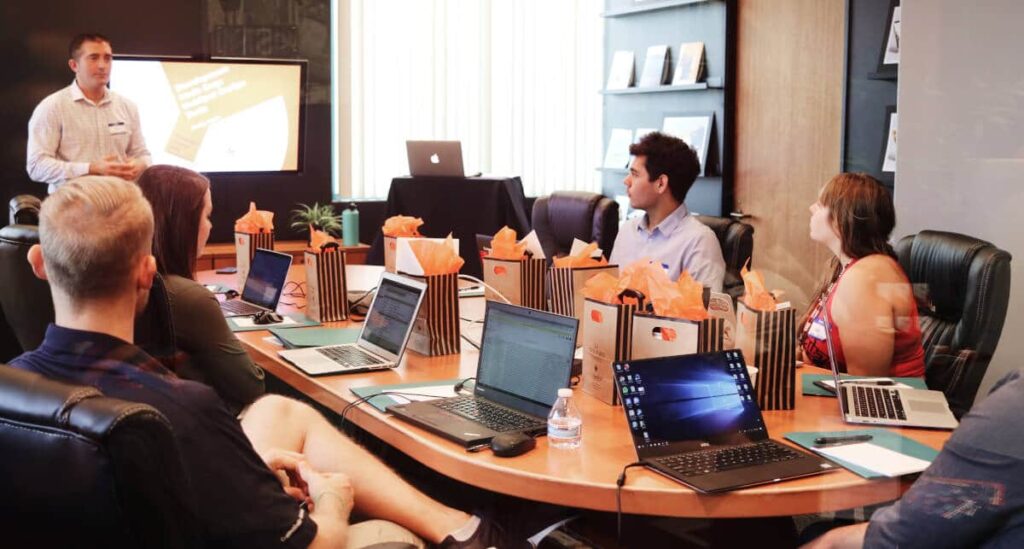 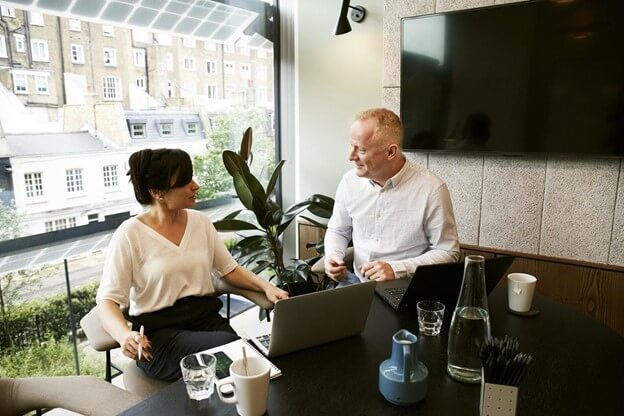